I named this chicken after my beloved boyfriend's mother.  She made this once over the summer when I was in Virginia and it wasn't like anything else I had ever eaten!  I was surprised by how tasty it is, especially because it's not the most visually appealing food--as shown in these pictures!  It doesn't get the UGLY in front of it's name because of Christine--she is actually a bombshell.  (Normal 50 year olds shouldn't be allowed to look as fantastic as her!)  It gets the UGLY in front of it's name because people are sometimes a little hesitant to taste it because it's so ugly!  Despite its appearance, however, give it a taste and you won't be disappointed!


It is made with an ingredient that I find particularly odd--dried beef!  Yikes! "Dried" and "beef" in the same product name, under any normal circumstances, make me worry.  Who wants beef that's dried out and comes in a little jar that doesn't expire for months?! Well, maybe I just think it's weird because my family never consumed dried beef while I was growing up.  I'm sure my mother would have had no idea what to do with it!  Or, perhaps it's more of a southern-type ingredient--you know, it's used in Cream Chipped Beef.  Either way, this dish makes excellent use of dried beef--it adds a nice saltiness, and now I'm not as skeptical of it!


Browsing the internet, I learned that this isn't solely a creation of Christine's.  But, she gets credit for introducing this to me.  Since this summer, I've made it for my family, and they've also enjoyed it as much as I do! The chicken is tender and slow-cooked, the cream sauce is divine and tastes great with mashed potatoes, and the bacon and beef give it lots of flavor. 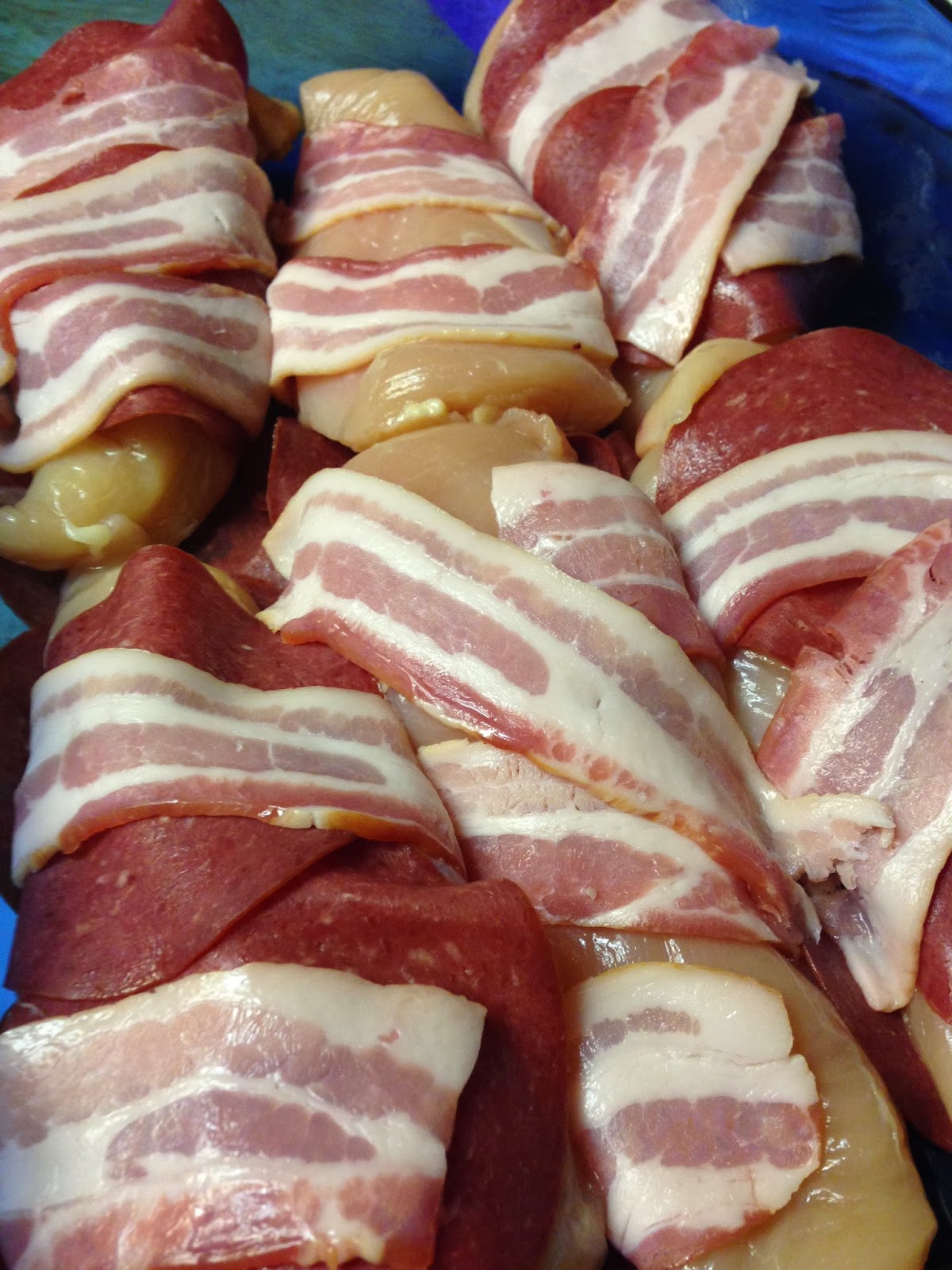 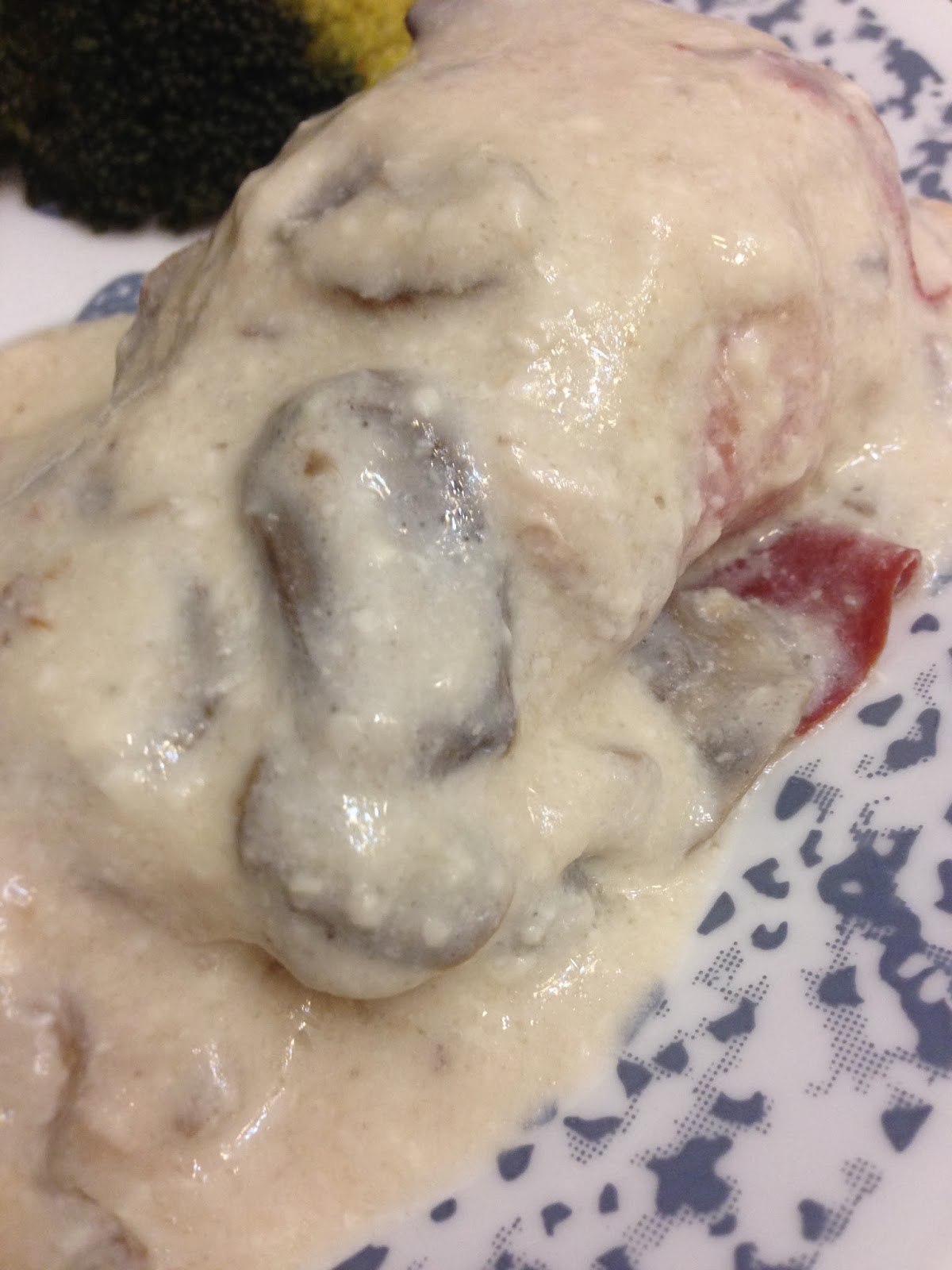 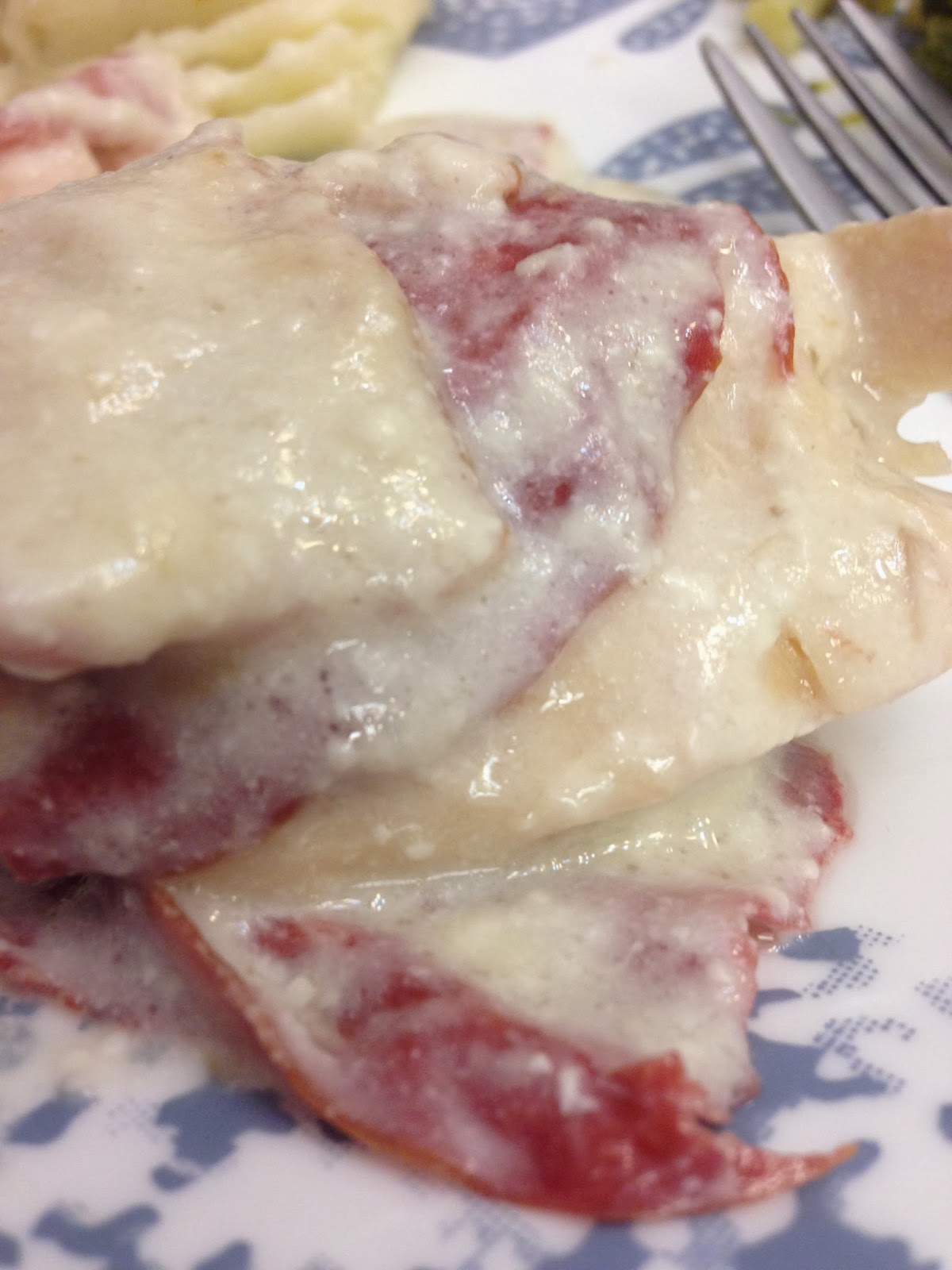 ***This will be very soupy if you make it in the slow cooker! NO BUENO!